Dr. Lugosi is a legal architect, able to use creativity, vision, education and experience to understand, analyze, explain and solve complex and novel legal issues. He has actively contributed to winning submissions and cases before both trial and appeal courts, including the United States Supreme Court and the Canadian Supreme Court, a rare accomplishment.

Charles Imre Michael-John Lugosi was born in Brantford Ontario Canada and attended North Park Collegiate and Vocational School where he completed 4 years of high school in 3 and graduated as an Ontario Scholar. He attended the University of Western Ontario, where he completed two years of Social Science studies towards his Honors Bachelor of Arts degree, and was named to the Dean’s Honor List for both years. Dr. Lugosi was then admitted to law school at Western at the age of 20, one of the youngest in his class.

Membership is limited to trial lawyers who have demonstrated exceptional skill, experience, and excellence in advocacy by achieving a verdict, award or settlement in the amount of one million dollars or more.

Defense of Constitutional Rights and Freedoms 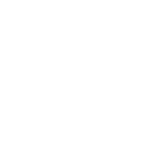 Dr. Charles Lugosi is an attorney and professor based in Victoria, BC. We provide services in criminal, constitutional, family, administrative and labour law, and civil and commercial litigation.